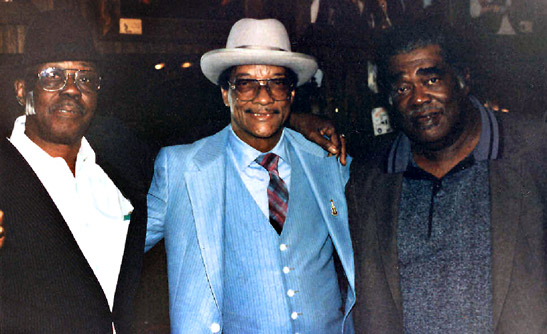 The Blues Highway with Family and Friends 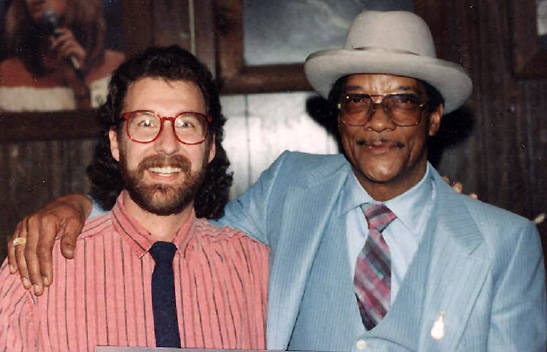 One more fan of the legendary Hubert Sumlin 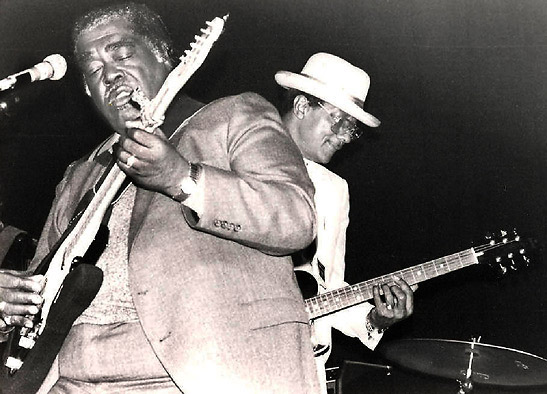 All three men had travelled the world playing the blues           for literally, hundreds of thousands of fans. And when the blues explosion           erupted in Europe during the 1960's, Hubert remembered fondly touring           with friends Sleepy John Estes and Hammie Nixon.

Sumlin would become an influence to countless European           musicians and aspiring blues players. From Clapton and Page to Mick           and Keith, Hubert's guitar even impacted a young American who just happened           to be living in England at the time. 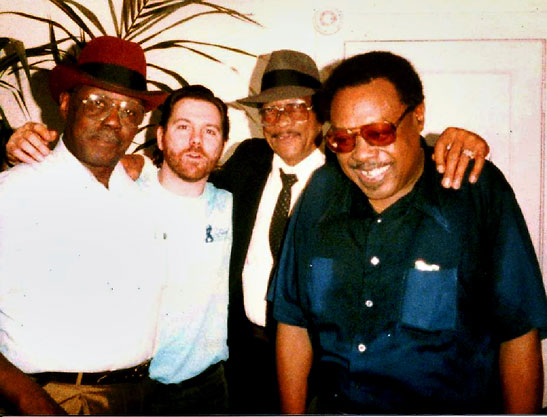 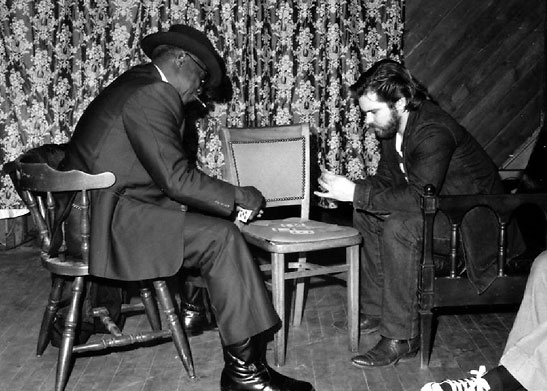 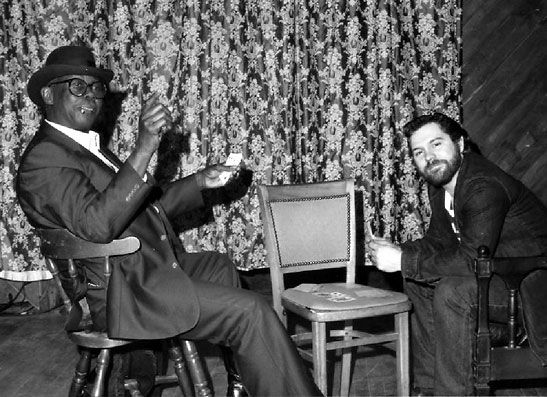 Little Mike being 'schooled' in the finer points           of 'Pinochle.' Photos: courtesy of Little Mike